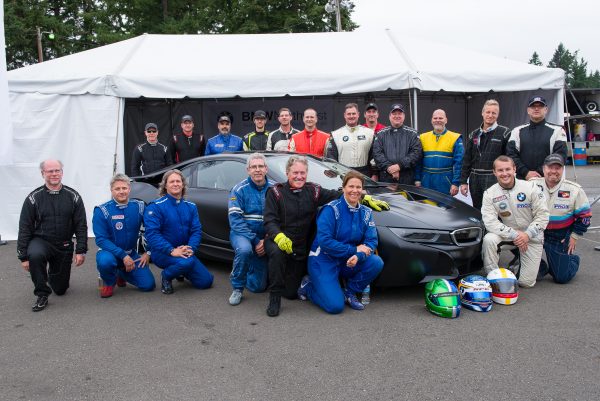 A long time ago back when analog tape was still rolling in studios throughout the land, my agency partner and I crossed paths with a veteran voice talent who turned out to be none other than Jim Cissell.

You’d know his voice if you heard it as he has been the voice of thousands of commercials, trailers, and documentaries for many companies like FedEx and GE. In addition to lending his voice chops to shows on Discovery, BBC, Travel Channel, ABC and Nasa TV.

Little did I know that over 30 years after our paths initially crossed that we would meet again. But this time on a different track developing the PRO3 E30 BMW Racing documentary film in the Pacific Northwest.

Jim had taken to the track some years ago in the PRO3 circuit racing vintage BMW E30 cars. Wow, what a turn that was for me!

I’ll share more details about the back story in future posts and articles here at DMK Productions, in addition to online on Linked In and Instagram. There’s so much to share as we develop this very special project with a group of people who I so look forward to telling their stories this spring.

We are hoping and praying that the PRO3 E30 BMW Racing documentary film gets funded, and we can start pre-production and production in time for the first race at PIR in Oregon. But we need to raise the funds, otherwise, the stories may never get told.

Maybe you’d like to be a part of this special documentary film and join us on the journey at the track, online, a private screening or possibly at a future film festival. To learn more about how you can participate, visit our GoFundMe page or Contact Us directly here at DMK Productions. Hope to see you at the track!